Home » Innovation & Digital » The world is full of storytellers, what I try to be is a story maker.

The world is full of storytellers, what I try to be is a story maker.

During zeb.Uni 2017, we met Aric Dromi, chief futurologist of Volvo car group and advisor, to talk about his personal view (TEMPUS.MOTU) on innovation, change and the seismic shifts we are experiencing right now—also known as digital transformation.

The current change is primarily “not an issue of technology, but an issue of leadership we are missing right now”, Aric explains, “most of the executive decisions of strategic impact are taken by people who don’t really understand their impacts […] therefore, we don’t have strategic decisions, we only have tactical decisions”.

Thus, the challenge today is the change of leadership. It is all about taking a positive and strategic approach towards innovation and change. The evolution of technologies around us has passed the point of no return.  Technologies “develop much faster than our ability to cope with them.” And people are adapting to these new technologies in a way and speed still unknown yet. Consumer behavior has changed dramatically in the past ten years already. And the next shift is about to come: the “Generation Z” only knows the digital world. Thus, the pace of the digital transformation will accelerate further in the years to come.

Shift in the use of technology is happening right now

Dromi explains that the approach towards innovation and technology is shaped by our own expectations and experiences. In his view, the great divide is between the Generation Y (often described as the generation of digital natives) and the Generation Z (currently under the age of 20). The latter has a new set of values and different approaches towards technology and innovation. Members of the Generation Z are already repurposing technologies more “than any other generation before”.

Dromi explains: “They interact with technology in a different way and are constantly trying out technologies in different contexts. The Generation Z asks what technology can do for them, rather than what problems it could cause.” These attitudes, skills and values enable the Generation Z to execute a different style of leadership. This will be the first post-industrial generation of managers. And they will think and act differently.

“Why do it better if you can do something different?”

The development of technology, according to Dromi, can’t be foreseen anymore. He explains: “The big problem for a company today is to rethink its culture and its internal behavior. […] Most innovation […] is happening because of competition, not because of curiosity.” Building curiosity rather than copying ideas and technologies will determine a company’s success in the future.

Most companies still think within a framework of the industrial age, but “the world of ownership is fading away, the world of access is the future”. Many people without access to technology will have it in the future which will further accelerate these developments.

According to Dromi, banks will change dramatically in the future. “The word ‘bank’ will still exist, because bank is an idea. An idea that is anchored in society. But this idea will be interpreted in a different way.” Bank CEOs of today shall keep an open mind and search for new ways to add real value for their customers. And always keep in mind: the future is about access, not ownership.

It’s not about replacing people, it’s about building “an algorithm that can make a clerk in a bank much better in what he’s doing.” […] “It’s about creating a merge.” Dromi doesn’t see AI as a stand-alone technology that replaces humans—but as a technology that helps, rather than replaces. “To compete with AI for something is far better than competing against AI.”

“Not critical of any technology”

Dromi proclaims a positive attitude towards technology by looking at the chances rather than the dangers: “I am critical of how we are using technology as humans. But we don’t need new laws, as these are meant to be broken”. What society needs though is “a new definition of morality and trust”. Rules of the analog age can’t be put in the digital age. Mind-sets are changing, and therefore there’s a need to “rethink a code of conduct in the context of living inside of a code” and about “how much we are willing to outsource to technology”. 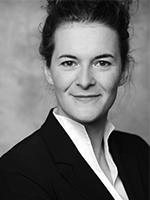 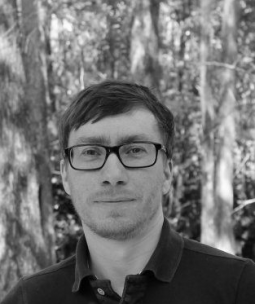 One response to “The world is full of storytellers, what I try to be is a story maker.”