From the 3rd to the 5th of November, the WebSummit 2015 took place in Dublin again. Within five years, the small technology event in the time-honoured “Royal Dublin Society” (RDS) with 500 visitors has grown to an exhibition of global reach with more than 40,000 visitors, approx. 2,100 startups and 1,000 investors. This year, a zeb team visited the event for the first time and was absolutely enthusiastic about it. As a management consultancy that focuses on the financial services industry, the 110 fintech companies were the center of our attention, including the 16 representatives from the DACH region—but more about this at the end of the article.

The first day of the WebSummit was characterized by big names and announcements. Google used this opportunity to announce “Smart Reply”, a Google Mail (GMail) enhancement that can be used to automatically send a brief reply to requests in the future. Google also announced that startups will be granted free access to Google Apps. Facebook also used the WebSummit to present “Oculus VR”, which will already be available in the US by this year’s Christmas shopping season. As you might expect, the abbreviation “VR” is an acronym for “Virtual Reality”. Oculus VR is designed to offer an affordable unique virtual experience through special VR glasses. Alongside the big names of the technology industry, Bill Ford from Ford Motors took the chance to present his vision of transforming one of the world’s largest automotive manufacturers into a mobility solutions provider. As every year, besides these giants, numerous startups gathered to introduce their products in the exhibition, to network and to attract possible investors. The majority of the startups was only present for one day each. From a German-speaking market perspective, the first day was used by the cryptocurrency provider “BITY” (CH), the real-estate brokerage provider “Exporo” from Hamburg and “Deal Matrix” (AT), which offers a private equity investment platform.

Day Two: Presentations and workshops on marketing and startups

The second day was filled with presentations and workshops of the elite of the technology industry. They mostly concentrated on topics like “Marketing”, “Startup University” and “Machine”. But also the topic of “social Monetizing” — with Tim Kendall (Pinterest) and Jonathan Weber (Reuters) illustrating ways to earn money with social media — was part of the presentations. John Collision, founder of the e-payment platform Stripe, used the grand stage to talk about the difficulties of startups’ growing periods with Caroline Hyde from Bloomberg. Surprisingly, financing was not mentioned as the biggest challenge, what  seemed to be more crucial was to attract and retain talents. He also encouraged the founders attending the discussion by remarking that “most startups have yet to be started”. The presentation by Dr. Cynthia Breazeal (founder of Jibo), in which she outlined the trend towards living together with robots and future social interaction with machines, was also very impressive. In addition, various fintech companies used the opportunity to increase their networks.

The last day of the WebSummit largely dealt with the world of finance. For this purpose, a dedicated “Money Stage” had been set up to offer room for presentations and discussions around the topic “Banking and fintech”.  Of course, the Money Stage attracted a large number of fintech companies.

The meeting day was opened with a speech by JP Rangaswami, Chief Data Officer of the Deutsche Bank AG. He emphasized the importance of data and harmonized standards. He stressed that related topics would constitute key challenges for banks in the 21st century. Victor Matarranz, Senior Executive Vice President at Santander Bank, also used the Money Stage to illustrate his bank’s plans and visions regarding “Bank of the Future” under the keyword “Fintech 2.0”. He also gave an outlook on what he thought would become major trends in the fintech environment in the future. He seemed convinced that at that moment, Santander played a leading role in putting the strategy of linking fintech companies and banks into practice. Besides a close cooperation, this also includes the early screening of fintech companies in their seeding phase or at the beginning of their success. This is ensured by regular pitch events in Sao Paulo (Brazil), Silicon Valley (USA) and Tel Aviv (Israel).

Various fintech companies took advantage of this event to present their ideas and topics. From a German perspective, the founders of CRX Markets and SwipeStock particularly contributed to demonstrate the innovative strength of fintech companies. CRX Markets, a company managed by Moritz von der Linden, who already founded  of one of the leading German startups called 360t, aims at developing a supply chain finance platform for easy factoring and subsequent securitization — a topic that  strikes the cord, especially of corporate clients. The ambitious project has already scored with well-known first users such as Deutsche Lufthansa AG. Furthermore, Max Tayenthal used the opportunity at the WebSummit to introduce the next plans of Number26. These include, among others, a “fintech” hub that is to be used to provide the customers of Number26 not only with services and products developed in-house, but that specifically complements the portfolio. Customers shall be able to collect points if they canvass new customers, for example.

Fintech founders from all over the world traveled to Dublin to present their ideas. Three of these company formations are currently still in the beta phase, the second financing round. CashOrCard from Amsterdam develops a solution to process in-store sales with online e-commerce applications, thus linking the benefits of both approaches. At the WebSummit, Funderbeam from Estonia launche a blockchain market place for investments. Real Funds from London opens up real estate financing in the UK for small and medium-sized buildings managements by offering a crowdfunding platform.

The other fintech companies that exhibited at the WebSummit are already more established, which does not dampen the numerous startup ideas and business models. Cryptonomex from Blacksburg, Virginia, USA, presented itself as a blockchain development company founded by bitshares developers, which specializes in integrating blockchain technologies into commercial applications. FIT Big Data from Peru introduced a standardized credit scoring platform for small and medium-sized enterprises in the South American market, for which no credit intelligence has been available so far. Sorechain from Luxembourg works on a big-data-based risk analysis for blockchain technologies in order to meet regulatory requirements such as KYC and AML. Trustly from Sweden acts as an online payment platform and thus provides access to all online bank accounts of a customer at various institutions via one user interface in almost thirty European countries.

These few examples already demonstrate the variety of fintech startup ideas that were present at the WebSummit. And the numerous integrations of payment and financing services in other business models from private brewers to various trade platforms up to automation in agriculture have not been considered yet.

On the other side, the startups focused on the various pitch competitions and on getting in contact with the present investors. After all, three German startups were able to position themselves among the ten finalists for the Angel Award. Remerge from Berlin works on activating passive app users, Scalable Capital from Munich offers administration features for ETF portfolios and pijaca from Berglen combines multi-channel CRM and production management. However, the largest finance deal that became known during the WebSummit related to a big name. Shervin Pishevar from Sherpa Capital announced a convertible note of USD 26 million as part of a Series B financing for the Elon Musk venture Hyperloop, received by CEO Rob Loyd with thanks.

Whether Colombia, the USA or the EU: no matter where the various presentations and booths came from, they all again showed that the startup market is booming. This is especially true for fintech companies, among which a growing trend towards cooperation with banks can already be noticed. From our point of view, this summit has been a successful event with numerous new insights and contacts. We already look forward to the WebSummit 2016, which will be held in Lisbon for the first time. As promised by the Portuguese Deputy Head of Government, the interesting exhibition will be accompanied by a special highlight: an exhibition site with a lot of sunshine in November! On that note: “Vejo vocês no próximo ano em Lisboa!” (See you next year in Lisbon!) 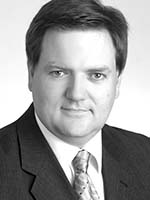 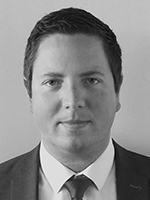