The beginning of the last financial and economic crisis in 2008 has been considered by some economists as the start of a new banking era, in which retail banking seems to be developed as business model of the future, inherently less risky than investment banking, more predictable and based on the concept of public utility. True, the crisis was not only triggered by the moral hazard of some investment bankers, as aggressive lending was also pursued by retail institutions, but the trading models based on “rational expectations” did not work very rationally and finally tax payers had to pay the price, particularly in Anglo-Saxon countries. The losses in investment banking business were heavy and caused negative cascade effects on profitability of banks, customers’ trust and in some cases even the “death” of the bank or the acquisition by other financial institutions.

The value of retail banking

The description above does not imply that the crisis did not touch the retail sector. When the crisis moved from the financial sector to the “real economy”, Italian retail banks started to report heavy losses on loans (bad debts € ~197 bn in 2014 vs € ~75 bn in 2008[1]), thus sharing the adverse environment with their clients. However, considering the intervention undertaken at regulatory level to protect customers from future crisis (e.g. CRR/CRD, BRRD) and to re-boost real economy (e.g. quantitative easing, TLTRO), it can be inferred that regulators consider retail banking to be the business model on which to build the growth for the future. This impression is confirmed by the “European Banking Study” developed by zeb, analyzing the prospects of the top 50 European financial institutions classified by business model.

Still, perspectives in the medium-term to long-term are not bright for retail banks neither. The structural reduction of interest rates and the increasing regulatory costs make up a “double trouble” for the European banks that requires adequate countermeasures.

In this context, and considering that the retail business is the “backbone” of the Italian national banking system, zeb developed the Italian Retail Banking Study (IRBS). The purpose of the exercise is to understand under which conditions the future of retail banks in Italy would actually return to an acceptable level of profitability and value creation in the medium term. In other words, in light of a moderate economic recovery expected in the next years and given different external conditions (such as additional pressure on commission margin or worsening of credit quality), some hypotheses have been formulated to understand if reasonable reactions of banks would help improving profitability up to comparable levels (ROE between 8% and 10%).

Indeed, the IRBS provides an overview about the evolution of the retail banking business in Italy over the next six years based on different scenarios and assumptions regarding the financial and economic trends and analyzing resulting impacts, taking into account also potential countermeasures of the banks to mitigate negative impacts.

Four different scenarios have been built starting from a situation of slow but continuous improvement by 2020, deeply influenced by both macroeconomic aspects (Italian GDP rising up to 1.5% in 2020; yield curve’s gradually increasing from 2018) and ECB’s measures (targeted long-term refinancing operation and quantitative easing).

Rather representing a “what if” simulation not influenced by historical trends, than following a stress test logic, the following scenarios have been shaped based on realistic assumptions of external circumstances and reactions of banks:

Analyzing the outputs of the four scenarios, some common trends clearly come out to confirm expectations. At the end of the forthcoming period, the performance of retail banks can be back to a reasonable level of value creation in all scenarios (ROE between 8.4% and 9.2%), but in a 6-years simulation period, the recovery speed has a critical impact. Indeed, if on the one hand final results are pretty much aligned in the four scenarios in 2020[2], such levels of performance are achieved with very different pace, with related significant impacts in terms of overall profitability. Comparing ROEs in 2015 (base 6.6%, credit deterioration 2.1%, aggressive competition 5.7%, bad bank 8.5%) gives a touch on what such difference in recovery pace would be. Furthermore, also the actions to be taken with regard to increasing operational efficiency are varying significantly. A deeper analysis of the different scenario assumption and related simulation outcomes could better explain the evidences.

Starting from a base scenario, leveraging on national economic improvement and benefit on ECB maneuvers (QE and TLTRO providing easy access to liquidity ready to inject into local economies), banks should be able to reach a ROE slightly higher than 9% without any extreme action: selling NPL portfolios in first years releasing capital for credit expansion, improving credit monitoring / collection processes to stimulate return in bonis, and starting dedicated costs reduction projects (-0.7% year average).

Assuming a generally positive economic recovery, leading to an overall boost on lending activities, it has been assumed a more aggressive competition coming not only from standard players, but also from non-conventional competitors entering the financial market such as big retail stores, mobile service providers, internet-based players (e.g. Google, Amazon). Compared to the base scenario, in order to reach the delivered level of profitability, a further contraction on the profit side (aggressive competition) would require a stronger reaction on the cost side (about € 52 m in 6 years, -5.9%). In such conditions, a mere cost-cutting program should actually evolve into a long term total cost management approach, looking for more efficient business and also operating models involving for example the consolidation / rationalization of the sales network (already started few years ago by some financial institutions) or advanced sourcing strategies.

The flat economic scenario leading to credit deterioration would represent by far the worst scenario compared to the others. Keeping in mind that the huge amount of NPL has been one of the major causes of the financial crisis and later stagnation of the Italian economy, a further increase of NPL over total credits (yet 17.7% in 2014) would require tremendous efforts to banks in order to not fall into deeper troubles and reach out the desired profitability goals. In such a scenario, strong intervention for NPL management improvement and disposal would be a must, but in light of the macro-economic assumptions, the NPL portfolio disposal would be realistic only when the Italian economy would result more appealing to foreign investors (confirmed by the fact that NPL securitization in 2013-14 have been less than € 7 bn). Having little room for improvement via conventional strategies and given the need to guarantee stability and demonstrate resilience to national and international authorities, Italian retail banks are now starting the so-called Risiko Bancario: a strategic game of mergers and acquisitions looking for the best alternatives to strengthen their competitive positioning, improve their earnings profile and increase their economic shock absorption capabilities.

The creation of a bad bank would actually seem to be the only way to significantly accelerate the return to profitability, even though no significant benefits would be expected in the long term. Bringing bad debts of banks to acceptable levels would decrease loan loss provisions boosting profitability results and release regulatory capital creating conditions for new credit activities.

From a liquidity perspective (LCR, NSFR), it has been observed that in all scenarios the indicators do not reach warning levels and regulatory thresholds are respected over time. Given that the hardest phase of the liquidity crisis has been overcome thanks to aforementioned ECB maneuvers and that banks already worked hard on this aspect, one potential explanation for the simulation outcomes can be found in the available data used for the study. Indeed, the simulations have been conducted starting exclusively from clusters of public available data of banks, while it is of common understanding that the simulation of measures such as LCR and NSFR strongly depend on individual parameters of banks (e.g. future cash flows).

An additional consideration that is worth to stress out is that scenarios have been defined without taking into consideration the additional burden that would actually come in the next 2-3 years from the upcoming regulations and changes in accounting standards. Basilea III new parameters, IFRS 9 new forward looking perspective for LLP calculation, ban of proprietary trading, BCBS#239, FRTB new boundary between trading and banking book and many other regulations would actually negatively impact the existing profitability and credit portfolio quality. Given the complexity of the expected regulatory changes and in order to focus more on business aspects, it has been decided to proceed without considering the related methodological / operational implication.

Concluding this brief outlook into the future of the Italian retail bank sector, it seems quite clear that the enormous amount of non-performing loans still represents the main obstacle for significant profitable growth, confirming the seriousness of the “triple trouble” Italian banks are facing: decreasing interest margin, increasing regulatory pressure, huge credit burden. Consequently increasing the operational efficiency, starting from operative cost cutting and improving cost management and ending at looking at consolidation and new sourcing strategies is a call of duty under any of the observed scenarios. Yet, the required level of actions obviously differs.

Another important point is improving the bank management approach, where “integration” is the keyword for effective decision-making, overcoming the traditional “silo mentality”. Indeed, collaboration among functions will be one of the main success factors, and in particular the integration between CFO and CRO will be the starting point to reach steering efficiency. Maximizing economic performance through more effective pricing (including cost of risk and optimizing RWA), and rethinking the offering (keeping in mind the real cost of capital associated to each product) would be amongst the achievable benefits with immediate effects. Another crucial change should be done on the operation side, giving higher attention to cost flexibility and relying on a “total cost management” approach rather than standalone cost-cutting programs.

In few words, given the initial question – Will Italian retail banks have a brighter future? – the answer provided by the IRBS is quite positive, yet understanding the gaps in terms of key financial indicators as well as the interconnectedness with the relevant environment and consequently planning and executing requires actions is the key.

Future grip is the zeb strategic planning tool for scenario simulation and overall bank simulation that allows analyzing implications, coming from external changes and internal managerial decisions, on the overall performance of banks. zeb.future.grip has been developed bearing in mind three fundamental drivers:

[2] The analyses were performed before the Greek crisis 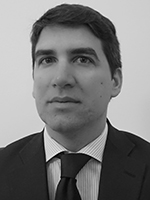 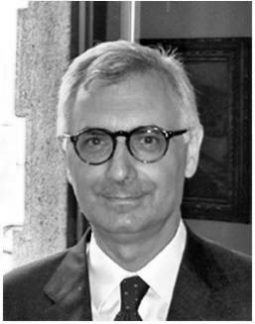 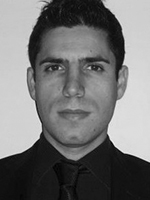