BACKGROUND The financial crisis has shown that the resolution of financial institutions often takes place at the cost of the taxpayer. By demanding recovery and resolution plans, supervisory authorities strive to prevent bank failures internationally by applying predefined recovery measures, or—if these prove unsuccessful—by resolving the institutions, as far as possible, without involvement of the state. To this effect, the EU published the Directive 2014/59/EU (Bank Recovery and Resolution Directive, BRRD) in its final version in May 2014. The BRRD Implementation Act will transpose this directive into German federal law as of January 2015. The Act was adopted by the German Bundestag on November 6, 2014.

The Act on the Recovery and Resolution of Financial Institutions (SAG) constitutes the core component of the BRRD Implementation Act. It demands recovery plans not only for systemically important institutions, but rather for all institutions. Institutions that are part of an institutional protection scheme can apply for an exemption (section 20, SAG). This possibility is also open to savings banks and cooperative banks, which are integrated into the protection schemes of their respective networks, unless they fulfill certain exclusion criteria. The plans have to be created upon demand on the part of the supervisory authority. As a rule, for groups of institutions a recovery plan for the superordinate institution is sufficient. Simplified requirements for the creation of recovery plans can be defined by the supervisory authority with reference to the principle of proportionality (section 19, SAG). The scope of application of resolution planning corresponds to that of recovery plans. However, the duty to create resolution plans lies with the supervisory authority. To this effect, the resolution authority, in Germany the Federal Agency for Financial Market Stabilization (FMSA), can impose extensive obligations for financial institutions to participate in the creation and updating of the resolution plan and to provide comprehensive data on an ad-hoc basis (section 42, SAG). Usually, the plans have to be created while the institutions are economically stable. Only by applying this approach, it is possible to achieve the goals of the regulators as described above. The measures are applied when institutions experience a phase of economic downturn, as outlined in the illustration below:

Figure 1: Point of application of the recovery and resolution plans

The call for recovery planning will be made by the supervisory authority along with the stipulation of an appropriate implementation period, which must not be longer than six months. Certain institutions, which are considered to become a threat to the stability of the banking system in case of a failure, have already been notified by the supervision and are working on the development of their plans, while for the majority of institutions, there is still time to get the planning under way.

Requirements regarding the content and scope of recovery plans are specified in detail in the SAG and mainly comprise the core contents of the Minimum Requirements for Recovery Plans (MaSan). The MaSan have already been in force since April 2014 for those institutions classified by the German supervisory authority as potentially system-threatening.[1] The essential components of a recovery plan comprise a strategic analysis of the current business structure of an institution as well as the elaboration of possible actions and their consequences in different scenarios (stress analysis). Moreover, appropriate indicators and threshold values for the identification of needs for action have to be determined and a communication concept for the case of a recovery has to be developed. In addition, the institution has to develop preparatory measures to facilitate the implementation in case of a recovery.

When selecting recovery indicators, it is recommendable to use already existing key risk indicators (KRIs) from financial and risk management areas or to adapt/supplement these. With regard to the selection, attention should be paid to a coherent and comprehensive representation of the institution’s situation. The EBA has published a consultation paper relating to this topic in September 2014 (EBA/CP/2014/28). It stipulates that indicators have to reflect the capital reserves, liquidity, profitability and asset quality of an institution. To these indicators, further marked-based and macroeconomic indicators should be added, in order to identify market trends at an early stage and to be able to react to them in good time.

The derivation of possible actions to initiate recovery measures forms one of the key challenges. Measures have to be defined for all provided scenarios, and their effects on the institution’s capital, liquidity, business model, profitability, payment transaction modalities and reputation have to be analyzed. The EBA specifies in its RTS draft (EBA/CP/2013/09) that, as a minimum, three scenarios have to be developed, for which a distinction has to be made between a slow and a fast progression. The prescribed scenarios include one that models system-wide shocks, one that addresses institution-specific risks and one integrated scenario that combines both of the aforementioned. Simulating the realization of the defined possible actions in the scenarios makes it possible to assess their effectiveness. Moreover, possible obstacles to the implementation can be identified and measures for their elimination can be initiated.

The resolution planning is defined in the SAG with a similarly high level of detail and is carried out by the FMSA, which is also responsible for assessing the resolvability of the institutions. An institution is considered resolvable if it can be resolved under the terms of the applicable insolvency laws or if the resolution can be carried out using resolution instruments. In both cases, it has to be ensured that the resolution does not have negative effects on the financial systems in Germany or the EU and that the separability and continuation of critical functions of the institution is guaranteed. If an institution is “not resolvable”, the EBA is informed immediately. In such a case, a call for amending measures can be expected shortly after, to make sure that resolvability is established. For the affected institution, these measures can imply significant structural changes regarding the business strategy and organization.

Similar to the recovery plans, the SAG also stipulates the contents of the resolution plans (section 40, SAG). The core elements include, amongst others:

The SAG also comprises the introduction of bail-ins as a new resolution instrument (further instruments are the bridge bank instrument[2], the instrument of a sale of the company or the instrument of a separation of assets [3]). If the prerequisites for a resolution pursuant to sections 62 and 64 of the SAG are fulfilled, shareholders and creditors can be obliged to bear a share of the resolution costs. For this purpose, the SAG provides for a “liability cascade”, according to which the different capital instruments can be applied in case of a resolution (section 97, SAG). However, customer deposits up to the amount of the statutory deposit protection are exempt from the creditor participation. With these requirements, the SAG largely reflects the requirements of the EBA consultation paper regarding the technical standard on the contents of resolution plans from July 2014 (EBA/CP/2014/16).

Despite the fact that the institutions are not primarily responsible for the creation of resolution plans, they can be called upon to contribute to the creation and updating process by providing comprehensive support and making information available on a short-term basis. In addition, the FSMA and the supervisory authority can demand the centralized custody and administration of contracts in order to guarantee a smooth and orderly flow of information regarding relevant (financial) contracts in case of a crisis. Consequently, fulfilling these requirements may partly entail costly procedural and/or organizational adjustments for financial institutions.

In the aftermath of the financial crisis, the Act on the Recovery and Resolution of Financial Institutions is the first instrument in Germany for the creation of consistent standards regarding the handling of institutions in existentially threatening situations. While developing recovery plans and ensuring their applicability lies within the responsibility of the institutions, the resolution authorities are in charge of the resolution planning. However, institutions are under an obligation to participate in this process, and this obligation can go significantly beyond a duty to provide relevant information.

The challenges of the SAG lie in the creation of transparency in the context of the strategic analysis. This includes in particular the analysis of an institution’s internal as well as external network and the identification of critical functions. Besides the stress tests that had to be conducted so far, the methodological complexity of the recovery planning – consisting of integrated scenario analyses that simulate the interdependencies and directions of impact of different measures – constitutes a particularly big additional challenge for the departments in charge. As with the strategic analysis, a total bank-related perspective is required here and thus, an early integration of various different departments in the recovery planning process is indispensable—including the management board, risk controlling, compliance, human resources and organization as well as the different market segments. This also strengthens the level of acceptance in the case that measures for ensuring the recoverability or resolvability and the elimination of possible obstacles have to be taken, which may entail a significant realization effort. Not least, ensuring the recoverability or resolvability of an institution can have a significant impact on the corporate organization and the business model, leading to long-term costs that should not be underestimated.

[1] Through the BRRD Implementation Act, section 47a of the German Banking Act (KWG)—to which the MaSan provisions make reference—will be deleted. Thus, it remains to be seen what will happen as of January 2015 regarding the applicability of the MaSan.

[2] A bridge institution is set up by the resolution authority, in which the critical functions of the institution to be resolved can be maintained (cf. section 128 SAG).

[3] The separation of assets takes place by means of a transfer of assets to a special purpose entity with the aim of selling these assets, which are not essential for a critical function, at a later stage (cf. section 132 SAG). 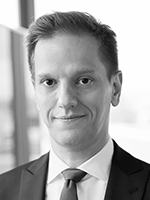 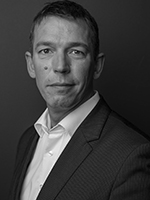 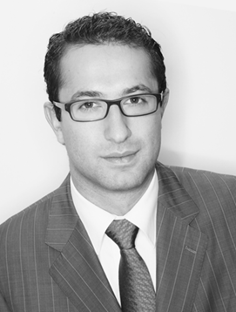 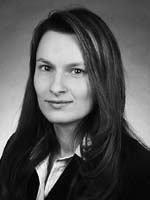 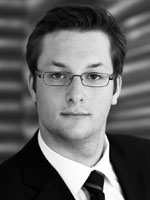