Home » Finance & Risk » zeb on the future of European Banks

zeb on the future of European Banks

EXECUTION ONLY: THE NECESSITY TO FINALLY TAKE ACTION In spite of a positive first half of the year, the largest European banks will not close 2015 successfully. First projections indicate that net profits will be about as low as in 2014. With an expected after-tax return between 4.5% and 5.0%, banks on average continue to fail to cover their capital costs and are thus destroying shareholder value. Despite various countermeasures, they have so far not managed to counteract the rise in costs or the sharp decline in revenue caused by persistently low interest rates and ever more stringent regulations. Based on the results of the European Banking Study 2014 and 2015, zeb has once again analyzed the 50 largest European banks and simulated the development of equity, balance sheet and profitability in the light of regulation and market environment. The following article exclusively presents the first results. The final results as well as a detailed analysis of the behavioral patterns of successful European banks will follow in June 2016.

THE PERFECT STORM LOOMS AHEAD …

Compared to 2014, two things are particularly noticeable. Firstly, in terms of profitability and value generation, we are looking at another lost year for the shareholders of European banks. This is evidenced on the one hand by the low after-tax returns and on the other hand by the continuing negative total shareholder return for the sector. At the same time, an average price-to-book ratio of less than 1.0 indicates the market’s negative expectations for the future. Secondly, however, on a more positive note, several large banks have significantly reduced their balance sheets. This had certainly not been the case in the years before, even if claims to that effect were made. It seems as if the required focusing of business models is now increasingly making progress and also no longer stopping short of global universal banking models.

At the same time though, the conditions for Europe’s banks continue to worsen. On top of the low interest rate environment, the stock exchanges and commodity markets have shown a clearly negative development at the start of the year. Corresponding effects on profitability are to be expected, so that banks that traditionally showed little dependency on interest rate business will now also be affected. In this highly challenging market environment, the upcoming regulatory and legal initiatives will have a dramatic effect. For instance, 15 relevant initiatives that have already been planned and decided upon should be noted in this context as they will have a sustained negative impact on capital ratios, profitability and volatility of net results over the next few years. On top of the already applicable Basel III regulations, banks will in future be confronted with extensive new regulations on the new standardized approach to credit risk (SACR) and the corresponding revised floors, IFRS 9, increased requirements regarding data / IT platforms in the course of risk data aggregation and much more besides. The preparations and support for the Supervisory Review and Evaluation Process (SREP) represent a serious challenge for many banks and will probably lead to increased capital requirements for some of them. A similar process designed by the Prudential Regulatory Authority (PRA) in the UK resulted in increases in the capital position by 2.0% to 3.8% for the four largest banks in the country.

In this context, it is hardly surprising that distinctly negative developments with regard to profitability and capital ratios are to be expected. In comparison to 2015, the effects are likely to be even more dramatic due to worsening market conditions. In the baseline scenario (without simulation of separate measures such as individual cost cutting initiatives, etc.), our simulations show an average profitability of zero for the sector. Besides that, given the assumed capital reserves and without a significant change in business models, a reduction in capital ratios by a quarter resulting in a CET1 ratio between 9.0% and 10.0% is now to be expected for 2020. The effects summarized under the term “Basel IV” (i.e. new SACR, floor regulation, Fundamental Review of the Trading Book (FRTB), review of the rules for measuring OpRisk, etc.) will have the strongest effects in this context. For 33 of the 50 European banks, the simulation shows both insufficient capital reserves and profitability. This throws the fragility of banking models and the huge challenges that the management teams are facing even more sharply into relief than in the previous year.

A BEACON OF HOPE – EUROPEAN TOP PEERS ARE WELL POSITIONED

If we supplement the baseline scenario with the expected effects of communicated strategic alignments as well as the market assessment regarding the implementation strength of existing management teams, we can identify banks that are highly likely to weather the impending storm. These banks are found in different European countries and in all business models, i.e. universal banks, retail banks and wholesale banks. The analyses performed so far indicate clearly that there is neither a superior key market in Europe nor a superior banking model. It may be advantageous to operate in a banking market already consolidated or in a growth market. This is however not a mandatory condition.

Rather, there are two common features displayed by all top peers, and these are a clear strategic orientation and proven implementation strength. The focus on core markets and core business areas has not only been communicated by these banks, but it is also already in (the final stages of) implementation. The same stringency can also be seen in their organizational structure—together with a significantly lower cost base compared to other banks. Interviews with top decision makers have shown that this low cost base could only be implemented in the context of refocusing the business model—partly in the face of considerable resistance. Personnel costs inflated by high bonuses are another distinct feature of an industry with such a miserable profitability situation. The latest announcements from the sector regarding the reduction of bonuses demonstrate that this fact has finally become widely recognized. In the final study, the success factors and levers of the top peers will be listed in detail. Here, the focus is not just on “cost cutting”. The analysis shows that the ability to innovate and the much-discussed “closeness to customers” will in fact be decisive factors.

From our point of view, most of the levers found can be transferred. A central bottleneck factor for successful adaption, however, will be the management’s decision-making power as well as time. In contrast to the US banking sector, European banks have now been caught in a strategic trap while implementing what are on average fairly moderate measures. Low company valuations and limited power to fund themselves are making a repositioning in the current market environment more difficult.

The challenges that banks in Europe will be faced with up to 2020 remain historical in dimension:

With a view to the various business models and their future prospects this means in particular:

If the simulation calculations performed, the detailed analyses and our market assessments are correct, the management’s strength in implementing the obvious changes will therefore be decisive both for the individual banks and the European banking market. 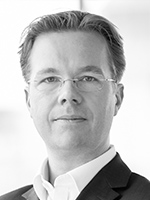 One response to “zeb on the future of European Banks”