Banks are under pressure. Fewer and fewer people frequent bank branches to seek advice or use local services. This increasingly eliminates the opportunity to convince customers of one’s own offer in direct contact, to establish a basis of trust and to bind them emotionally to their own bank in the long run. This trend is not only due to innovative technologies, new competitors and changing customer requirements, but also to a general loss of confidence. In addition, the target group is confronted with a steadily growing number of homogeneous products from various financial institutions, which are advertised through numerous channels. The customer loses track and ultimately the price decides the fight. The cheaper one wins. In order to escape this situation, another level of differentiation from the competitors has to be found. Banks must be able to approach customers emotionally without personal contact and make abstract products and services understandable, tangible and, ultimately, desirable. One means of achieving just this is called storytelling.

What is storytelling and where can it be used?

Storytelling means telling a story about a product or company (such as corporate culture or history). Storytelling must clearly be distinguished from fairy telling. That is, a bad product should not be embellished by a good story, but rather should good products or their providers – embedded in an emotional context – stay in the customer’s memory.

Already in the early stages of human evolution, the best way to share information was by socializing around the campfire and through vibrant and exciting stories. While in the past, for example, the stories centered around dangers such as bears and saber-toothed tigers, the typical banking customer is now struggling with other problems. He worries about his assets, has to deal with numerous terms from the financial world and faces a mass of product offerings. By addressing the emotional level, storytelling can make all the difference to the competition.

Used as a form of corporate communication, storytelling in advertising formats, such as information brochures and customer magazines, videos on YouTube or social media posts such as Facebook and Twitter can be used to communicate informative aspects in an amusing or exciting way. The aim is to inspire customers, to make them think, or at least to arouse an interest to learn more.

What are the advantages of storytelling?

If the means of storytelling are applied correctly, several positive aspects can be observed:

How can a suitable story be found?

The more extraordinary and emotionally touching a story is, the better. However, actually finding one can prove to be more difficult than anticipated. The following questions can provide support:

What must be considered during storytelling?

The above questions should initially be seen as starting points. In order to build a really good story, which also lingers in the memory of the customers, further elements have to be included in the development.

What perfect storytelling can look like is demonstrated, among others, by the most-watched ad on YouTube in 2017. In this spot, Samsung conveys the clear message that the company wants to be there for their customers no matter how complicated the situation may be.

The spot begins with a call from a young girl who contacts a service representative about a broken television. Although the girl lives in a poorly accessible area in the middle of the mountains, the leading character of the spot sets out to fix the TV. Numerous obstacles, such as a fallen tree or a flock of sheep on the road, complicate his journey. But despite the difficulties, the service representative finally reaches the caller’s house. As the story dissolves, the emotional climax of why the long journey full of obstacles was more than worthwhile, follows shortly thereafter.

Other storytelling examples that skillfully combine the elements mentioned in the previous section and that demonstrate that even without using so many words, emotional stories can be told with children and leading characters from the animal world, are available at the following Web addresses below:

Banks have advice and information obligations when it comes to product completion. Hard facts around returns, lending rates or investment horizons will continue to be in the foreground. The path to bring a customer to the product is rocky. Storytelling can be the means of choice to emotionally address customers with advertising formats and thereby gain a competitive advantage. Those who succeed in triggering positive emotions while at the same time anchoring informative aspects that offer real added value, and manage to easily and comprehensibly linger in the memory of the customer build up bonds. Maya Angelou, the American civil rights activist and author hits the nail on the head: 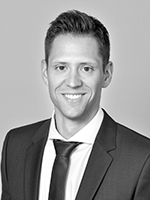 2 responses to “Storytelling in finance”