The flood of new regulatory reports continues unabated and demands enormous efforts from banks in order to generate consistent reports. With BIRD (Banks’ Integrated Reporting Dictionary), the ECB is currently developing a new data model for regulatory reporting required by supervision and is also defining a new interface for a standardized and simplified exchange of reporting data between supervisory authorities and banks. This article takes a look at important framework conditions that need to be created by the ECB to ensure an efficient and successful BIRD implementation.

In contrast to current COREP and FINREP regulatory reporting where aggregated result data is transmitted to the supervisory authority, AnaCredit is initiating a fundamental change in regulatory reporting. In 2018, AnaCredit will establish a granular reporting procedure in which banks will have to report every single loan by providing 95 credit, credit risk and financial data details to the authorities. In running operations, AnaCredit will place high demands on data consistency as, with AnaCredit, banking supervisors will receive detailed information regarding the quality of the credit portfolio and be able to validate it with other reports in the medium term.

In addition, many banks have already initiated major projects for the (further) development of an integrated financial and risk architecture (due to BCBS #239 among others) and in doing so developed their own functional data models. The objective is to enhance the reconciliability of financial and risk data by means of an integrated data model and to increase data consistency in regulatory reporting.

The ECB has realized that

Against this background, the ECB and its associated central banks are striving to harmonize data management between banks and supervisory authorities and to request granular data. The ECB’s aim is to formulate the data requirements resulting from AnaCredit in BIRD first and to provide these to the banks for the implementation of AnaCredit in 2016. By 2020, the data models for COREP and FINREP should also be available in BIRD.

While BCBS #239 and AnaCredit are mandatory for banks, the BIRD regulatory data model is merely offered by the supervisory authorities, and the banks are not obliged to use it. Due to the voluntary nature of BIRD and the already existing projects for the further development of proprietary data models, banks have to ask themselves whether they want to introduce the supervisory data model BIRD.

In principle, the efforts of supervisory authorities to harmonize the data model in regulatory reporting and to reduce redundancies are to be welcomed. In our opinion, to ensure their success, important framework conditions are required which are currently not fully in place and have yet to be created by the supervisory authorities:

The supervisory authorities aim to define a representative supervisory data model that can be used by both large banks and small banks. In particular for small banks, BIRD can quickly present major complexity if the information diversity of large banks is integrated into BIRD (products, collaterals, etc.). For this reason, BIRD must be developed in a way that every bank type can easily identify the part of BIRD that is relevant for itself. In addition, changes must be directly understandable for each bank in case of updates / upgrades.

The methodology for developing and documenting BIRD must be soundly structured, sustainable and simply support the process by means of appropriate tools.

National reports pose a special challenge—ideally, they should also be able to access the BIRD data pool. Due to the number of involved countries and available local reporting demands, the complexity would be increased again. Thus, it must be reviewed whether national supervisory authorities can implement own information extensions beyond the BIRD standard. One disadvantage of this is that redundancies may occur in the business glossary.

Banks are obliged to submit provided templates to the responsible authorities so that new regulations can come into effect. Due to the implementation complexity of many initiatives, projects are often started up to 2 years before initial reporting. One requirement of today’s standard software in regulatory reporting is that the provider presents the extended data requirements at an early point in time and that software updates are provided before coming into effect. This is the only way for banks to start implementation, to conduct testing and to submit the initial report to the responsible authority in a high quality.

Furthermore, the data requirements must be defined stably and clearly. Changes in requirements cause considerable implementation efforts and costs. An unambiguous and clear description of the data model in the data dictionary is essential and prevents misunderstanding in the communication with banks and internally at the banks.

Because of this, a significant success factor of BIRD is that the necessary extensions of new regulations are integrated into BIRD with a high level of maturity so that banks can start their projects based on the extensions. Without this, BIRD would be seen as an additional interface that generates extra costs without bringing any advantages. If already existing and implemented reports are supplemented, the goal is to minimize the parallel phase for reducing costs.

In addition, it would help the good idea of BIRD if existing software providers offered a BIRD interface or if the authorities provided own software according to the implemented reporting scope. For this purpose, existing reporting providers should be included in the process.

Banks themselves can lay important foundations for the success of BIRD: zeb project experience in implementing regulatory data models shows that banks that have already invested in an integrated finance and risk architecture (IFRA) and built it up have created important infrastructures for BIRD. In an established integrated finance and risk architecture

On the other hand, banks that try to build on individual “data silos” for BIRD have to

Fundamentally, banking supervision is taking the right step by introducing BIRD and the regulatory data model. BIRD can significantly simplify regulatory reporting in banks and may even revolutionize it. Based on our project experiences, however, the implementation of BIRD can only be recommended, once the framework conditions mentioned above have been defined and the requirements have become stable and reliable. 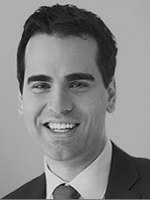 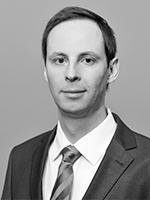 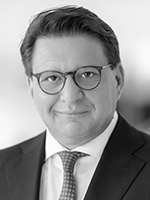 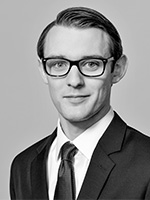 BIRD 5.0 – Opportunity for FinTechs and neobanks?

With Revolut, we took a fresh look at the BIRD initiative – Banks Integrated Reporting Dictionary – in terms of potential benefits.