Final EBA requirements for the estimation of downturn LGDs

Since 2015, EBA has been pushing further specification and Europe-wide unification of the IRBA framework by publishing new requirements as part of the “Future of the IRBA” initiative, which will have to be applied successively from 2021 onwards.

EBA recently finalized the third phase of the initiative dealing with the requirements for risk parameter estimation. While the new definition of default (Phase 2) will have to be applied from January 1, 2021, EBA recently postponed the deadline for implementing the methodological requirements from Phase 3 by one year to January 1, 2022.[1]

Apart from the guidelines for PD/LGD estimation, which were finalized at the end of 2017, the discussion in Phase 3 was in particular focused on the requirements for determining downturn parameters.

The reason for this is that institutions are currently taking economic downturns into account inconsistently in the LGD and CCF models and are often unable to explain in a transparent manner how downturns are identified and how their impact on the risk parameters is quantified. Since the downturn LGD has a direct proportional effect on the Risk Weighted Assets (RWA) in credit risk, the quantification procedures are strong levers with regard to the institutions’ capital requirements.[2]

After two consultation phases, draft regulatory requirements have been finalized in March this year (2 years after the first consultation). This gives reason to analyze the final RTS and Guidelines (GL) in more detail to show changes compared to the last consultation phase and to highlight the main challenges for institutions.[3]

1. Specifying the influence of LGD components on the downturn LGD

In the final version of the GL, EBA specifies how downturn effects on LGD components (e.g. recovery cash flows, recovery rates and loss durations) are to be taken into account when quantifying the down-turn LGD. The LGD effects of the components affected by the downturn are to be aggregated to form the downturn LGD. The LGD component with the most severe value compared to its long-term average is the starting point. Other components must also be taken into account if they continue to drive the (aggregated) downturn LGD—but not necessarily beyond the LGD level observed during the downturn.

Regarding LGD in-default, EBA made some concessions to the institutions in terms of scope and complexity of the requirements. According to the final version of the GL, the quantification of the downturn adjustments for both the LGD non-defaulted and the LGD in-default should now be based on the same downturn period. Furthermore, an individual downturn adjustment does not necessarily have to be calculated for each reference date relevant for the LGD in-default as long as evidence is provided that this simplified procedure tends to be conservative.[4]

In addition, irrelevant downturn LGD calculations according to the final GL can now be omitted. If several downturn periods have been identified for a calibration segment, institutions are now allowed to take a shortcut. If it can be reasonably demonstrated that certain economic factors are not relevant for further downturn analysis (e.g. if a factor refers to an industry that is not relevant for the calibration segment), no downturn LGD needs to be determined or estimated for the non-relevant factors.

3. Obligation to adopt the haircut approach and extended application of the extrapolation approach

In the final GL, EBA has implemented a further prioritization of the approaches to downturn LGD estimation. Within the so-called Type 2 approaches, the haircut approach now becomes mandatory if a relevant cyclical risk driver is present in the model.[5] EBA justifies this change with the insight that high estimation uncertainties in the extrapolation approach may lead to insufficiently conservative results.

In order to keep the application of the Type 3 approaches low, which are comparatively disadvantageous for institutions, the EBA has also extended the scope of the extrapolation approach.

The precise classification of the approaches and methods mentioned here as well as a general explanation of the procedure model for determining the downturn components are subject to the following chapter.

Overview of the process model

LGD estimates (and also CCF estimates) should reflect the conditions of economic downturns. Institutions have interpreted and methodically implemented this requirement in different ways. When read in context, the final RTS and GL provide clarification on the process of parameter estimation. A possible procedure for estimating the downturn parameters is shown in Figure 1. 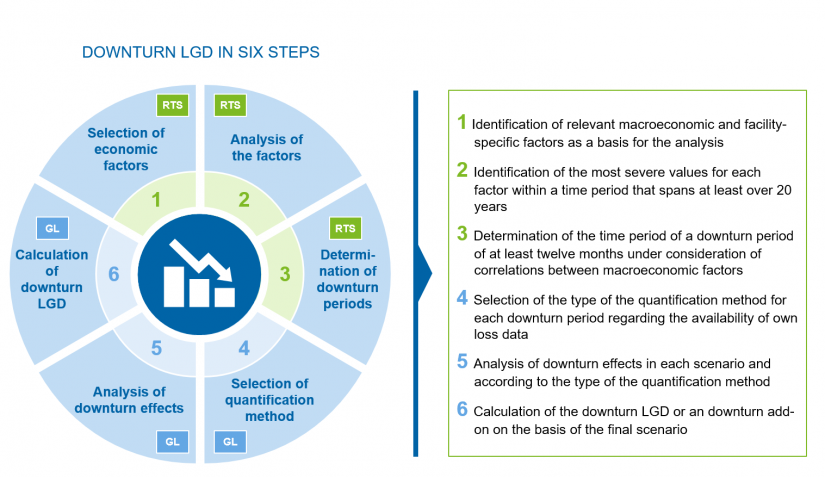 Figure 1: Overview of the procedure for determining downturn LGD

Identification of downturn periods according to RTS (steps 1–3)

The procedure set out in the RTS serves to identify downturn periods in the sense of relevant time windows, which are then used to quantify the downturn LGD on the institution’s own loss data (see the next subsection on steps 4-6).

Downturn periods are identified on the basis of a catalog of economic factors specified by EBA, which must be supplemented individually by region-specific or exposure class-specific indicators. The factors must be examined for each relevant jurisdiction and, if necessary, adjusted for regional or sector-specific influences. Depending on the economic logic, the absolute level or relative change of the factors, or both, should be taken into account.

A downturn period is defined as the twelve-month period where at least one economic factor shows its most severe realization. For each factor, a 20-year time series should be used, which should be extended if no clearly discernible downturn can be identified. The duration of a downturn period may be more than twelve months if a relevant factor remains at a weak level for a longer period. Adjacent downturn periods may be merged if this can be economically justified, e.g. in the sense of a coherent economic cycle.

For the identified downturn periods, the loss data of the institution must be analyzed for the relevant pool of exposures and jurisdiction.[6] Since not every institution has extensive data histories on hand, EBA defines a set of differently prioritized alternative quantification approaches for the corresponding downturn periods, depending on data availability. They are briefly characterized in the figure below. 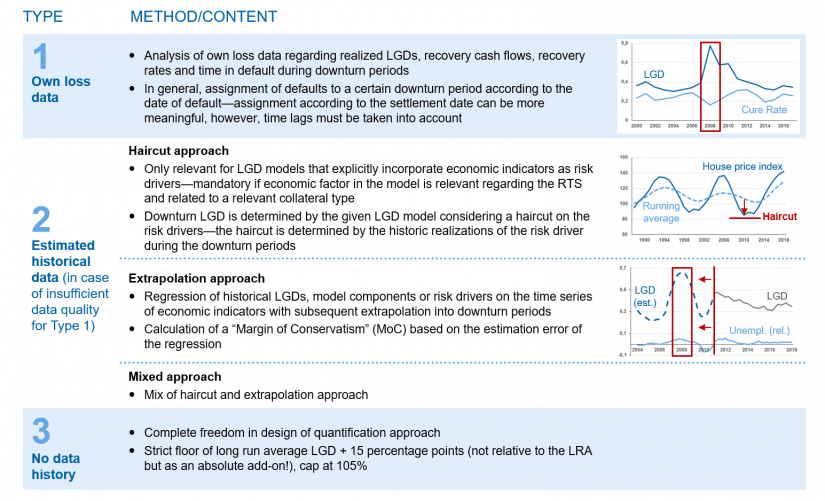 All approaches that completely rely on an institution’s own data history are prioritized (Type 1). In addition to the realized LGDs, annual recoveries, cure rates and the time in default must also be analyzed.

If no or only a limited amount of loss data is available for a specific downturn period, approaches can be used that estimate historical loss data (Type 2). If an LGD model contains an economic factor as a risk driver, a haircut must be derived according to the factor’s realization during the downturn period (so-called haircut approach). Alternatively, LGDs or LGD model components can be extrapolated using regression analyses (so-called extrapolation approach). With this approach, however, an additional Margin of Conservatism (MoC) is required.

Only if no relevant downturn period can be analyzed according to the approaches mentioned, may a fallback solution be applied, where the institution may use procedures that are not based on own loss data (Type 3). In this case, a strict LGD floor of 15 percentage points applies to the long-run average LGD.

As a result of the downturn estimation, each calibration segment receives an “add-on” that is added to the long-run average LGD and leads to an LGD that is appropriate for an economic downturn or a calibration target to which the LGD can be directly calibrated.[7]

The final add-on or calibration target to be used is the one that leads to the most conservative LGD estimates. If the downturn period of an individual downturn scenario can only be valued using Type 2 or 3 methods, this uncertainty must be taken into account in the downturn LGD via an additional MoC. It generally holds that the lower the priority of an approach, the stronger the requirements regarding MoC.

While the RTS has been considerably simplified compared to its first consultation, the guidelines still contain complex detailed requirements and scope for interpretation. Challenges arise from the following aspects, among others:

At the level of the individual quantification approaches, uncertainty and practical challenges remain, too:

In the course of the two years since the first consultation, EBA has proceeded to reform the requirements for deriving the downturn LGD and to take into account the availability of data in the institutions as well as the complexity of the calculations, at least partially. All in all, downturn estimation as a “discipline” in parameter estimation is more and more focused on.

The final requirements show only moderate improvements compared to the second consultation. Although some problem areas were addressed (e.g. LGD in-default and LGD component aggregation), a number of severe challenges remain in the final version. Overall, it is to be noted that the requirements imply an enormous need for action for most institutions. Considering the immense amount of analyses required for the downturn parameter estimation, the implementation of the requirements—despite the postponement until 2022—remains an ambitious goal. This is aggravated by the necessity to implement the highly detailed provisions of the guideline for PD/LGD estimates in parallel. The institutions should therefore begin preparations and implementation as soon as possible if they have not already done so.

zeb already supports customer projects, among other things, in the conceptual design of methods, in the collection and consolidation of relevant loss and macroeconomic time series and in forecasting the RWA impact on the basis of currently available data.

[1] See EBA Progress Report on the IRB Roadmap from July 7, 2019, for the LGD and CCF estimates in low default portfolios, the deadline was postponed for another year (to 2023).
[2] BankingHub (2018): Same same but different – EBA initiative for harmonizing IRBA parameters, as well as EBA consultation on estimating downturn LGDs.
[3] See EBA/RTS/2018/04: Final Draft Regulatory Technical Standards on the specification of the nature, severity and duration of an economic downturn in accordance with Articles 181(3)(a) and 182(4)(a) of Regulation (EU) No 575/2013
as well as EBA/GL/2019/03: Guidelines for the estimation of LGD appropriate for an economic downturn (‘Downturn LGD estimation’).
[4] The LGD in-default must be determined depending on so-called reference dates. This can, for example, be the retention period of an exposure in default or certain events in the liquidation process, such as the liquidation of collaterals.
[5] More precisely: the haircut approach is mandatory if the economic factor is relevant regarding the RTS on economic downturn and related to a type of collateral, which is relevant for the type of exposure.
[6] If a downturn period exceeds twelve months, all twelve-month intervals within the downturn period must also be examined. In the further course of the article, the term “downturn period” generally refers to a twelve-month period relevant for quantification purposes.
[7] It is also possible to determine add-ons and calibration targets within the downturn periods at the level of individual model components or differentiated by pools. 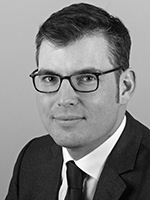 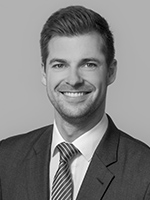 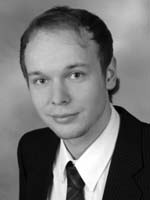