The term “M&A” is frequently used to describe more than just Mergers & Acquisitions: The exchange of shares without a majority takeover or so-called carve-outs are often included. In this context, the intention of the transaction is usually to increase the value of the new company. Moreover, such transactions currently often take place with a focus on digitization, which we will discuss in the following. The digitalization topic is and will remain particularly present in the financial sector. Irrespective of the business model, two main drivers can be identified: first, a much anticipated earnings increase mainly due to improvements in customer access and customer approach, and second, cost savings, largely resulting from process simplification and automation. Financial institutions are under significant pressure on both the cost and earnings side and, at the same time, frequently struggle with outdated, proprietary technology.

One result of this pressure is the continuous increase in mergers. Between the end of the year 2000 and the beginning of 2020, the number of traditional credit institutions operating in the euro area fell by more than 40%.[1] At the same time, however, new banks or fintech, regtech and insurtech companies, etc. (hereinafter collectively referred to as fintech companies), as well as shadow banking entities are on the rise. All groups’ basis for success is thinking strategic digitalization from the customer’s perspective.

We are therefore investigating the link between M&A and digitalization against the background of digital maturity as a positive influence on the valuation of European financial services providers and as a driver of M&A transactions. To this end, in the following, we will be discussing three key questions:

Is a high degree of digital maturity directly reflected in the valuation of banks?

In principle, European banks are currently being valued low on the market. According to zeb.market.flash, the average price-to-book ratio of Western European banks was around 0.71x at the end of the fourth quarter of 2019[2]. This underlines the market’s systematic mistrust in the industry’s ability to generate value for its shareholders in the future.

In theory, a financial services provider’s high level of digital maturity should also be reflected in a higher market valuation. Digitalization effects can have an impact on both the earnings side (new income sources, acquisition of new, digitally savvy customers, etc.) and the cost side (automation, increased efficiency, etc.) and thus leverage future profits.

Correspondingly, the zeb.european banking study 2019 reveals that digitally leading banks achieve better performance than their competitors. The study divides the top 50 European banks into three groups, according to their level of digital maturity: pioneers, challengers and followers. Compared to other banks, pioneers, for example, show a higher return on equity, a higher price-to-book ratio and a lower cost-income ratio.

The statistically significant analysis results are supported by further observations such as the rapid rise of Wirecard AG and the fact that a number of fintech companies (e.g. the neo bank N26 or the payment provider Klarna) already achieve ratings similar to those of established banks with significantly higher annual results or a larger customer base.

Are M&A activities driven by digitalization?

In principle, various factors influence M&A business, thus making it difficult to identify and separately highlight individual drivers. Nevertheless, there are clear indications that digitalization has an impact on M&A activities.

Access to new technologies or specialized teams plays an important role in potential acquisitions.[3] Particularly in the financial services sector, technology companies were frequently involved in M&A transactions in the past.

Especially M&A activities involving fintech companies are currently at a record level. By mid-August 2019, a total of 193 fintech transactions with a combined value of around 121 billion US dollars had been recorded worldwide.[4] These deals within the financial services sector already cover a wide range of areas, such as payments, blockchain, insurtech and regtech companies, which are characterized by a high degree of digital maturity.

Larger financial institutions, in particular, leverage the acquisition of fintech companies to secure innovations against the background of increasing competition from new, disruptive market participants. Furthermore, generating synergies in the currently challenging low interest rate environment is a key driver of transactions.[5] It is, however, a particular challenge to successfully integrate the acquisitions into the existing business landscape of traditional financial institutions and to realize the anticipated value potential.

With regard to M&A transactions focusing on digitalization, the financial services industry in Germany lacks a strongly dominant player. Instead, a number of banks are already active: ING, for example, acquired the P2P lending platform Lendico in 2018. Previously, they had entered into cooperation with the robo advisor Scalable and the insurance broker Clark.[6]

In 2018, Deutsche Bank already announced to have acquired a 10% stake in the fintech company Modo Payments, so as not to lose out in the competition with mobile payment service providers.[7] Moreover, March 2019 marked the first time a bank was taken over by a fintech company: Berlin-based fintech Raisin, which operates the interest portal “Weltsparen” (world savings), bought Frankfurt-based MHB Bank, with which it had already been cooperating for some time. To finance this venture, Raisin had previously received around 100 million euros in new capital from PayPal, among others.[8]

Through its investment vehicles Commerz Ventures and Main Incubator, Commerzbank also holds a large number of fintech investments, such as the social trading platform Etoro and the credit platform Iwoca. Besides strategic investors, venture capitalists and private equity investors are also active in the market. They confirm that the acquisition of technology is one of the most important aspects when considering an acquisition.[9] In addition, many private equity managers regard digitalization as the most important trend likely to play a significant role in future investments.

Conclusion on M&A and digitalization

The digital maturity level is a decisive value component. Investors appreciate clear digital story lines and are prepared to accept high valuations for future cash flows in the digital context, whereas they attribute much less future relevance to the currently in some cases significantly higher cash flows of traditional financial services providers.

Investments in digitalization will remain essential to ensure European banks’ future competitiveness. There is, indeed, an increasing number of young, innovative fintech companies. However, despite forward-looking technologies, they often fail to assert themselves on the market as independent providers of solutions suitable for the mass market. Established banks and financial services providers, on the other hand, are forced to digitalize or adapt their existing business and operating models as quickly as possible. In short: the young are equipped with modern technologies but need customers and financial resources, while the old have both but lack the technology or relevant expertise.

Digital transformation poses an almost classic question for all players in the financial industry: do we develop it ourselves or buy in? This decision has to be made with consideration of the overall strategy, own resources, competencies and individual needs. Alternatively, cooperation (e.g. in the form of accelerator and incubator programs) between established banks or financial services providers and innovative start-ups will continue to be another option with potential for increasing value in the future.

Definition of an M&A and digitalization strategy

Financial services providers need to develop a comprehensive M&A and digitalization strategy that is closely linked to the overall strategy. This interconnection should form the basis for future action and integrate the core “thinking from the customer’s point of view from product design to the definition of the operating model in the target image”. At the same time, it is important to pay particular attention to the specific obstacles associated with the incorporation of fintech companies at an early stage of the process. Lacking a strategic foundation, a company runs the risk of misallocating urgently needed resources—and thus ultimately the risk of becoming a takeover candidate itself.

As “partners for change”, zeb supports financial services providers, investors and fintech companies from strategy definition to implementation. zeb’s holistic consulting approach and in-depth market insight offer special opportunities—from the target-oriented consideration of the company’s own “analysis of digital maturity” (see zeb.digital pulse check) to buy and sell-side support in the context of commercial or IT due diligence up to the successful and value-oriented integration of a M&A transaction. 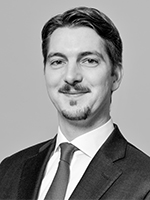 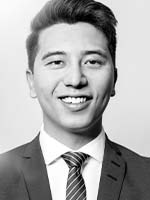